You are here: Home / The Origins of Issues 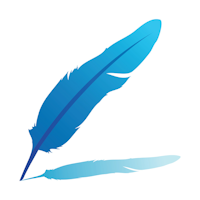 In the early days of EFT there was very little knowledge about how it worked. All that Gary Craig and other practitioners had was empirical evidence which supported the fact that EFT really did work and could help people struggling with an extremely wide range of issues.

Thankfully there is now ample evidence from credible scientific studies which supports the fact that EFT can be extremely effective if applied correctly and consistently. It is this growing body of scientific research that will take EFT closer to mainstream acceptance. Some of the research deals with the possible ways that EFT might interact with the emotional processing and cognitive centres of the brain, with physical systems of the body and even with the expression of DNA/RNA. It is great to have this evidence and these ideas under development but it does not fundamentally change the EFT process or what EFT practitioners actually “do”.

Gary Craig`s Foundation or Discovery statement about EFT was:
“The cause of all negative emotions is a disruption in the body`s energy system”.

Many people have a problem with the concept of the existence of “the body`s energy system” and that has been one of the major sources of scepticism about EFT and indeed all of the energy based modalities. However, from a practical point of view the statement has validity.

We can represent the origin and development of most, if not all, issues in this spectrum: 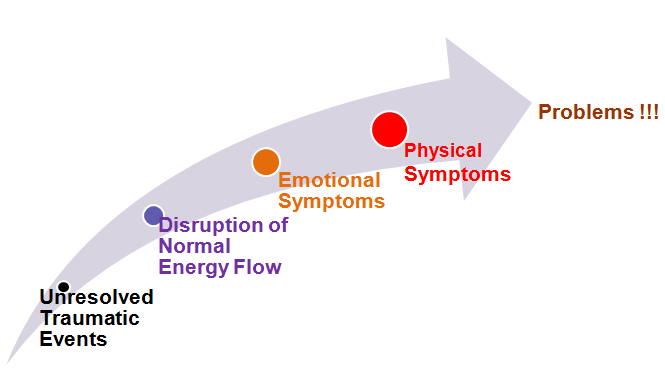 Most people now accept that unresolved traumatic events can be at the root of mental-emotional issues and that the manifestation of those issues is often delayed in time.

Most people now accept that mental-emotional conflicts, held long enough and not resolved, can eventually generate changes in the function of the cells, organs and systems of the physical body.

That just leaves the step labelled “disruption of normal energy flow”. This is the theoretical bridge between the traumatic event(s) and the mental-emotional manifestation. It is interesting that some of the research studies show that EFT (using tapping on meridian points as well as verbal processing) is more effective and the effects are longer lasting than techniques which do not work with the energy system.

In EFT practice we are always working somewhere along the spectrum.

By tapping and asking the right questions practitioners can help the client to move along the spectrum in either direction and come up with something that is relevant. If we tap on enough relevant “somethings” (aspects) the problem will begin to unravel and resolve, often more easily than the client expected.

Whether you believe in it or not, whatever that “energy system” is, working with it intentionally seems to make a huge difference to how a person feels!
Don’t let the sceptics distract you!
Happy Tapping!